Booker Inspires 150 at Event for Sherrill 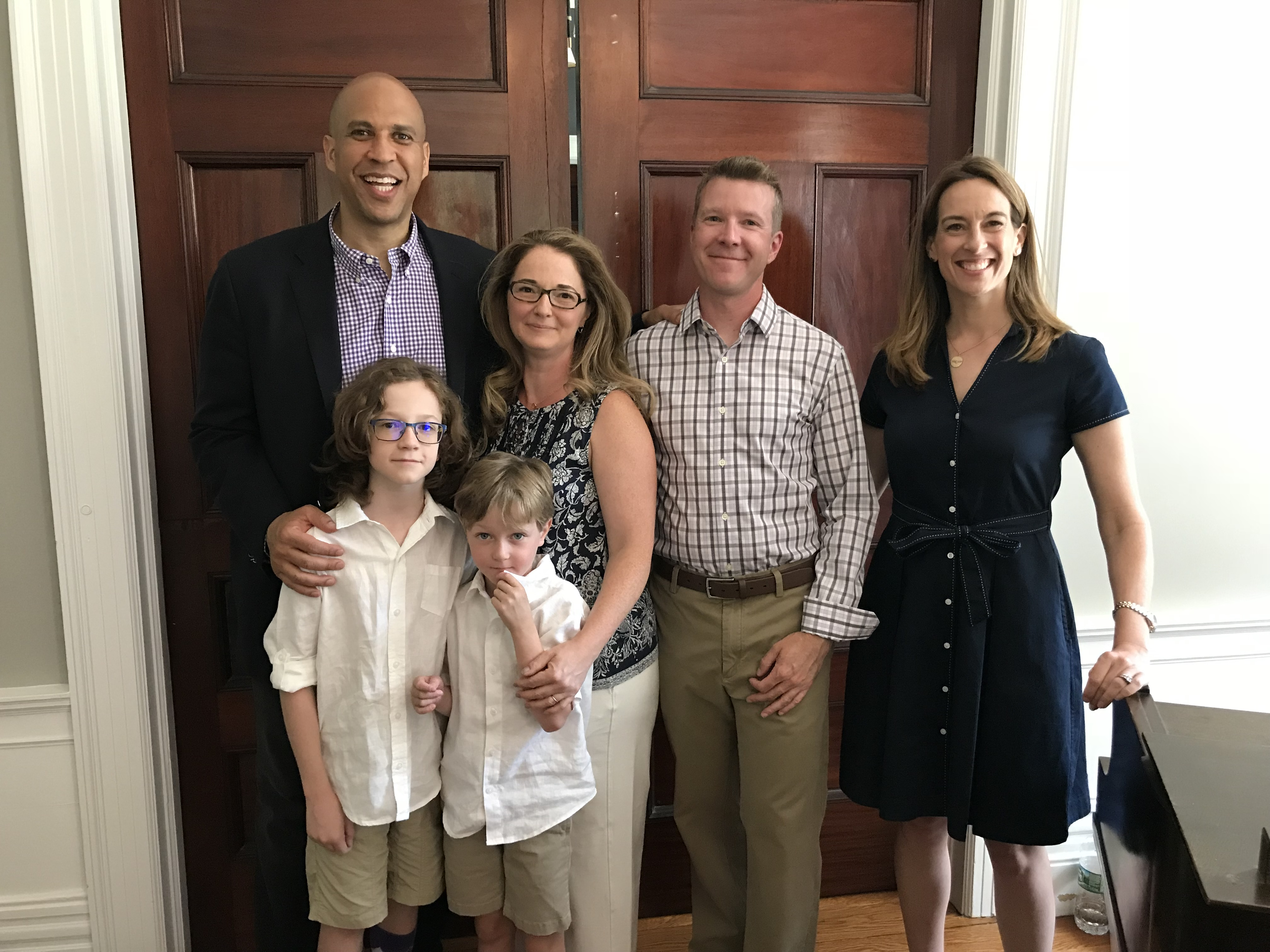 Mikie Sherrill (far right) and Sen. Cory Booker pose with the Rothman-Hankin Family. Below, they take a "selfie" with her campaign staff. 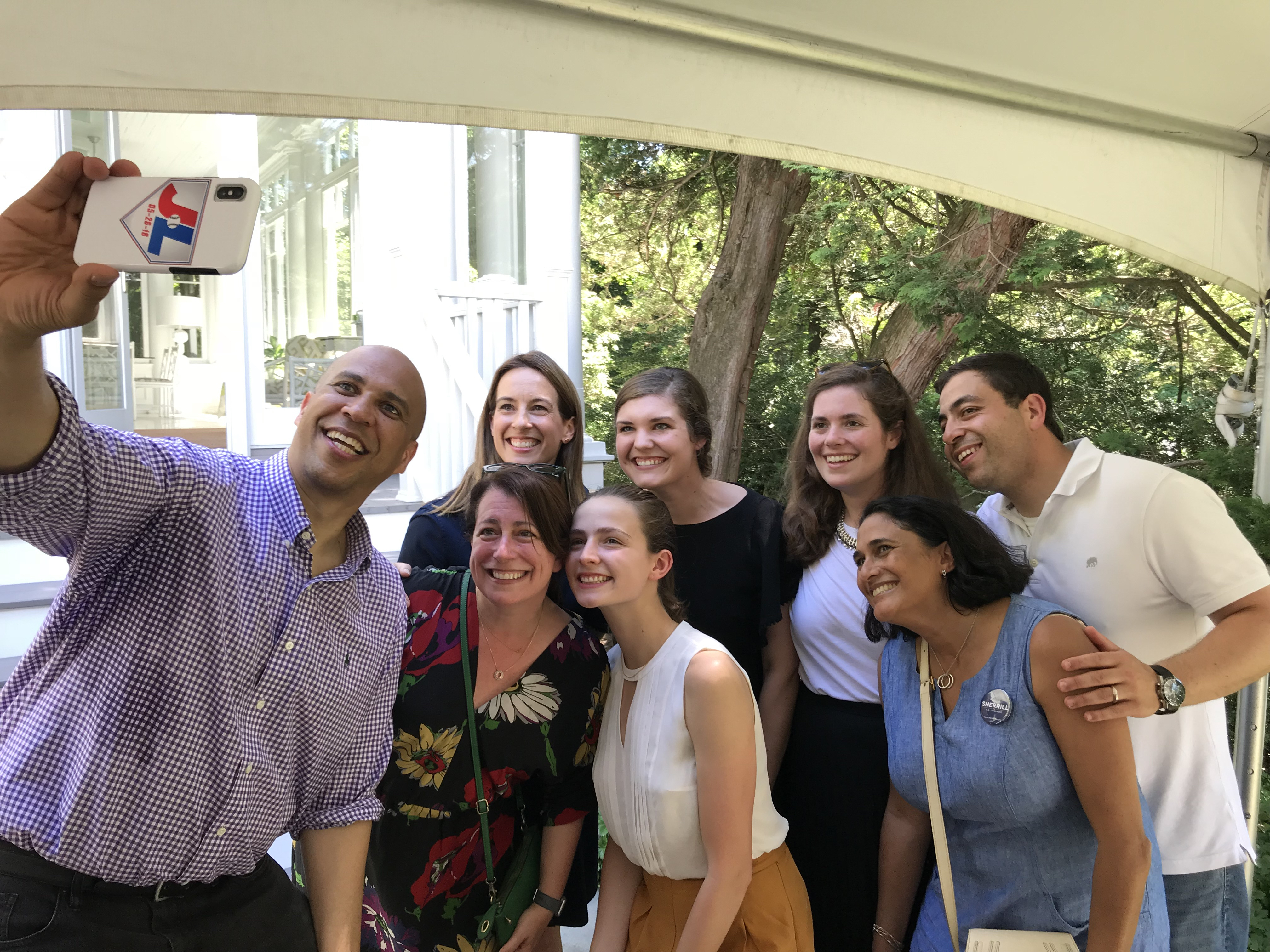 My husband, John Hankin, and I recently had the pleasure of hosting the General Election Kick-Off Campaign for Mikie Sherrill for Congress with a special guest, Senator Cory Booker.  With over 150 people in attendance, and many others donating to this special fundraiser, we were able to raise over $40,000 to help Mikie win and #FliptheHouse!

Even with the high temperatures, the crowd was energized and engaged as Senator Booker roused our spirits with his moving words.  He spoke passionately about how we are living in a time when the very morals our Country was founded on are in jeopardy.  He asked very simply: What will you do in this moment?  I know I felt inspired to keep working toward victory this fall!

However, as Senator Booker so beautifully articulated, this struggle for our democracy isn’t about “Democrats” or “Republicans.”  It is about respecting human decency.  He reminded the audience of how wrong it was when former Governor Chris Christie was attacked for hugging President Obama during the Sandy Crisis and how wrong it was when fellow Democrats attacked him when he crossed the aisle to hug his fellow senator, John McCain, when McCain returned to Congress after his brain cancer diagnosis was announced.

I urge all of us in the coming months to remind ourselves of Senator Booker’s message as we seek to engage Independents and yes, Republicans.  That it is the values of the Democratic Party that inspire us to be members of this organization.

People like to talk about “machine politics” and while I too can be skeptical of “The Party,” what I have seen in the last year – the letter writing, the marching, the work of many neighbors coming together to change their communities – there is nothing “machine-like” about the course we are on together.  When Cory Booker and Mikie Sherrill spoke, it was with honesty and conviction.

Our job moving forward is to remember that here, in our Township, there are many people on “the other side of the aisle” who share our values, and we need to welcome them in.  They may never switch parties, but … they may vote off “their” line, and that’s all the proof we need that our message works and is inclusive!

Samantha Rothman is a longtime resident of Morris Township. She also lived in Morristown, where she served on the town's Environmental Commission for nine years. She is a graduate of Morristown High School, a founder of Grow it Green Morristown and a board member of the NJ Conservation Foundation. The viewpoint expressed in this blog post is not necessarily an official position of the Morris Township Democratic Committee.